Why I’m into meditation

I stopped listening to music and watching TV in my 20s. It sounds extreme, but I did it because I thought they would just distract me from thinking about software. That blackout period lasted only about five years, and these days I’m a huge fan of TV shows like Narcos and listen to a lot of U2, Willie Nelson, and the Beatles.

Back when I was avoiding music and TV in the hope of maintaining my focus, I knew that lots of other people were using meditation to achieve similar ends. But I wasn’t interested. I thought of meditation as a woo-woo thing tied somehow to reincarnation, and I didn’t buy into it.

Lately, though, I’ve gained a much better understanding of meditation. I’m certainly not an expert, but I now meditate two or three times a week, for about 10 minutes each time. Melinda meditates too. Sometimes we sit to meditate together. (We use comfortable chairs; there’s no way I could do the lotus position.)

I now see that meditation is simply exercise for the mind, similar to the way we exercise our muscles when we play sports. For me, it has nothing to do with faith or mysticism. It’s about taking a few minutes out of my day, learning how to pay attention to the thoughts in my head, and gaining a little bit of distance from them.

Andy Puddicombe, the 46-year-old cofounder and voice of the popular Headspace app, was the person who turned me from skeptic to believer. Prior to finding Headspace, I had read several books about meditation, all of which intimidated me. They made me think that the investment in terms of time and energy was just too high. Headspace made the barrier to entry low enough for me. It’s just 10 minutes a day of listening to Andy’s soothing British accent and trying to stay with him. Andy has taken some heat from hard-core meditators for his low-barrier approach, but he got me to take up meditation and stick with it. I’m glad he did.

If you want to try meditation for yourself, one good way to ease into it—especially if you’re as skeptical as I was—is to pick up a copy of Andy’s book, The Headspace Guide to Meditation and Mindfulness. Andy’s a witty storyteller and offers lots of helpful metaphors to explain potentially tricky concepts, which makes the book an easy, enjoyable read. Andy presents the evidence base behind these practices in sections called “What the research shows” so you know the benefits are legitimate. And the book also helps you see that Andy himself is legitimate. He’s an ordained Buddhist monk who trained for many years in hard-core monasteries in India, Nepal, Myanmar, Thailand, Australia, Russia, and Scotland.

The book begins with Andy describing one of them: “Locked in, day and night, surrounded by high stone walls and with no way of contacting anyone on the outside, at times it had felt more like a prison.”

At another monastery, the monks served trainees curry and rice every day, and they made the trainees eat it very slowly over the course of exactly an hour. One super hot day, the monks placed in front of each trainee a wonderful surprise: ice cream. “It was like being a child at a birthday party when the cake comes out.” Unfortunately, the trainees soon discovered they were not allowed to touch the ice cream until they had eaten their curry and rice in the painfully slow way they’d been taught. As the ice cream melted in front of him, he felt angry, then sad and guilty for feeling angry—just as the monks knew would happen.

It turns out that monastic life wasn’t right for Andy. As we learn in the book, after ten years he left and—I kid you not—became a circus clown in London. He wanted to be fully engaged in the world rather than cloistering himself away in artificially quiet retreats.

Melinda and I enjoyed Andy’s work so much that we reached out to him to see whether he might be willing to spend some time teaching our family. He was glad to do it, which was a real treat for us. For a day and a half, Andy helped us and two of our kids through exercises that are similar to the ones you’ll find in the book. Andy was just as warm, humble, and real as we’d imagined from reading his book and listening to him on the app.

I’m not sure how much meditation would have helped me concentrate in my early Microsoft days, because I was monomaniacally focused without it. But now that I’m married, have three children, and have a broader set of professional and personal interests, it’s a great tool for improving my focus. It’s also helped me step back and get some ease with whatever thoughts or emotions are present. I like what I’m getting from my 10 minutes every few days. I’m grateful to Andy for helping me on this journey. 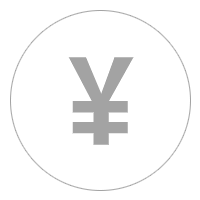 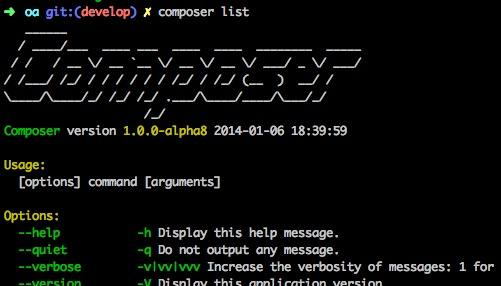 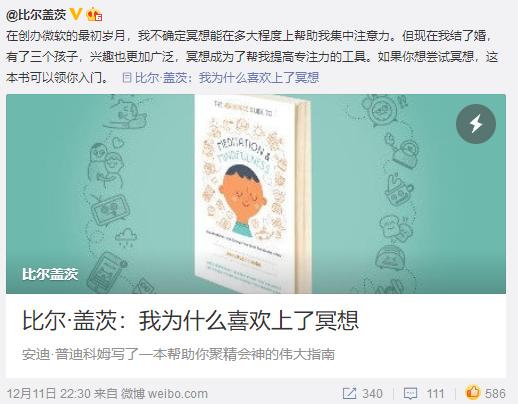